Singapore’s Fitness Culture: Where Does The Public Get Its Fitness Information From?

The fitness scene here in Singapore has certainly grown by leaps and bounds over the past decade. 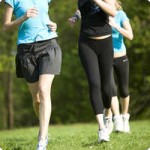 More people ever than before are now involved in fitness pursuits and exercises, ranging from gym-based resistance training to outdoor fitness boot camps to even mixed martial arts fitness programs.

Unfortunately, the majority of the Singapore Public – in its keenness to devour all things fitness – may have gleaned its fitness information from entirely wrong or even unsuitable sources – as our contacts close to the ground and within the fitness trenches right here in Singapore (think: personal trainers, fitness coaches, strength-and-conditioning coaches and other fitness professionals etc) seem to indicate to us.

The following are some of the most common and popular sources of fitness information (or should we say, MIS-information) that many here in Singapore tend to turn to in their thirst for greater fitness and better bodies:

The internet is indeed a goldmine of fitness information. Unfortunately much of it is also mixed with half-truths, myths, misinformation and even downright lies!

With the large boom in “muscle”, “health” and “fitness” blogs/sites found on the internet nowadays, many supposedly run by “gurus” or “experts” in the fitness field, many here in Singapore have inadvertently found themselves drawn to these sites by their attractive and enticing portrayal of fitness, nutrition and training advice.

Unfortunately, upon closer scrutiny and careful examination, many of these internet site are really featuring fitness information that is based on fads, popular culture, half-truths and founded on research with little, if any, scientific backing.

And since the large majority of Singaporeans do NOT have much formal academic foundations in exercise science, sports nutrition or even fitness studies, many are thus unable to distinguish fact from fiction on many of these sites; thus putting themselves at a great risk of being misled by the Internet.

Go to any bookshop and you’ll find row and rows of “fitness” and “health” magazines portraying buffed physiques of fitness models or professional athletes.

Much as these magazines may claim to represent “real” fitness information, the sad truth is that these magazines are often run on the basis of PROFIT and are often forced to churn out content after content in accordance to the wishes of their pay-masters ( the ADVERTISERS – such as supplement companies and exercise equipment manufacturers)

As such, much of the information are often highly biased, and skewed in nature, and are often geared towards highlighting certain brands of products/equipment/supplements (or even drugs!); and often portray drug-fueled athletes/models who are themselves financially backed by these very same companies!

Furthermore, ask any insider in the advertising or publishing industry, and you’ll be SHOCKED at how many of these so-called “buffed” physiques seen in the magazines are actually highly-processed images that have gone through countless rounds of photoshopping, airbrushing and computer-manipulation so that the end product (the published images) look 110% better than their real persons!

On top of that, a lot of the (mis)information emanating from these magazines also arise from the fact that the training and dietary routines portrayed in them are often relevant only to high-level professional athletes/experienced trainees who have years and years of training in their related sport, with superb genetics to boot, and who are more often than not on some kind of physique- or performancing-enhancing “juice”.

Precious little, if any of the information found in most off-the-rack fitness magazines are realistic, practical or even applicable to the average, on-the-street Singaporean guy or gal who simply needs to lose a few pounds, pack on a little size, or just seeking to tone up a few lagging areas of the body.

In fact, anyone who tries to follow the bulk of advice and routines found in these magazines – in an unthinking, blind and wholesale fashion – is simply foolhardy at best, and downright suicidal at worst!

Getting advice from other gym-goers also seems to be a popular way of obtaining fitness information here in Singapore.

In a typical “Monkey-See, Monkey-Do” scenario, the shy scrawny guy or the overweight gal with poor self-image – both desperate to transform their bodies – end up so blinded and enamoured with their respective gyms’ resident “Muscle Guy” or “Buffed Chick” that they decide – once and for all – that whatever their “Hero” or “Heroine” says, does or do in the gym, they would likewise follow – right down to the last dot.

Unfortunately, this concept simply does not work in real life.

As every individual responds to training differently, what works for one may not necessarily work for another! Add to the fact that “Mr Muscle Guy” and “Ms Buffed Chick” are usually individuals who are gifted with great genetics, so that even if their training programs are downright faulty, unbalanced or even grossly dangerous and unscientific, they would still get to see results – nevertheless! ( yes, life’s UNFAIR, we know) And not to mention that many of these Great Bods out there (though 99% of them would never admit to it) have previously, or are currently taking illegal aids such as steroids, growth hormones, diuretics and other drugs – to get them to where they are now!

Thus, for the average fitness enthusiast out there who hopes to bank on his/her fellow gym-goers for fitness information and guidance, is simply setting himself/herself out for a lifetime of misery, frustration, and heartache.

Not only is he/she NOT going to end up looking like his/her ‘HERO(INE)” in all probability after all, the chances of being MISinformed and MISled with a slew of pseudo-jumbo fitness information is much HIGHER than the non-gym goer!

So, where then should Singaporeans turn to for authentic, scientific and research-based fitness information? Stay tuned for the answer in our next blog issue!